Office of the CEO 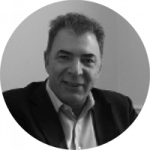 Kerim is an expert in conflict resolution, peacebuilding, international human rights law and minority rights, having worked on numerous projects in these areas over his career. He was formerly co-founder and Chief Executive of the Kurdish Human Rights Project. Kerim has received a number of awards, including from the Lawyers Committee for Human Rights for his services to protect human rights and promote the rule of law in 1996, and the Sigrid Rausing Trust’s Human Rights award for Leadership in Indigenous and Minority Rights in 2005. Kerim is also a recipient of the 2011 Gruber Prize for Justice. He has extensive experience in human rights and actively works to raise awareness on human rights violations worldwide assisting with many cases to the European Court of Human Rights, conducting training seminars in Europe and the Middle East, and regularly contributing to seminars and conferences. Kerim has also written extensively on human rights issues, including numerous essays, articles and chapters on freedom of expression, national security and minority rights, as well as books relating to the European Convention, the United Nations and OSCE mechanisms. He has written books on the Kurds in Iraq, Iran, Syria, the Caucuses, Turkey and the diaspora and he has most recently co-authored ‘The Kurdish Conflict: International Humanitarian Law and Post Conflict Mechanisms’ (Routledge, 2010). His work has been translated into numerous languages, including Turkish, Finnish, German, Spanish, Russian, Kurdish, Arabic and Persian. Kerim also serves as a Board Member and Advisor to other human rights and environmental organisations and is an advisor to the Delfina Foundation. Kerim is a member of English PEN and is a founding member of Ara Pacis Initiative. 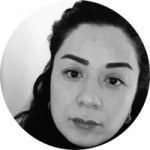 In addition to her role as Senior Regional Strategy Analyst at DPI, Dr Esra is co-founder of İstanbul Bilgi University Centre for Conflict Resolution Studies and Research, and she also worked as the Head of Turkey Programme at DPI for five years. She received her PhD in Sociology from École des hautes études en sciences sociales (EHESS) and Political Science (Department of Conflict and Development Studies) from Ghent University. Her publications cover areas such as Turkish modernisation, internal migration, civil-military relations, sacralization of politics and the history of Turkish media. Esra’s 2007 book, ‘My Dear Atatürk’, examines the way in which primary school students in Turkey perceive Atatürk, Turkey’s founder. 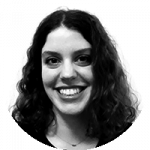 Katya joined DPI in January 2020 as Programme Officer. She holds a BA in Social Sciences (main areas of focus Anthropology and Sociology) from University College Utrecht and a MA in Conflict Resolution in Divided Societies from King’s College London. Her academic work mainly focused on militarization of education in Turkey and the relationship between public space and collective memory in the Middle East. Katya previously did internships at Agos Newspaper and the Truth, Justice and Memory Center in Istanbul. She is fluent in Turkish, English and Dutch. 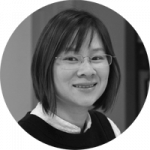 Dieu Nguyen has worked in the UK not-for-profit sector managing Finance and Funding Development for the past 10 years. Prior to that she worked in Vietnam and Australia in the banking sector. In her current role as Finance Manager at DPI, Dieu works closely with the Board of Directors to recommend and implement improvements to financial policies and procedures, IT systems and facilities. Dieu has extensive experience of managing multiple complex international grants those are funded by European Commission; United Nations; Foreign and Commonwealth Office; Swiss Federal Department of Foreign Affairs; Ministry of Foreign Affairs of Netherlands; Government of Ireland; The Norwegian Ministry of Foreign Affairs etc. 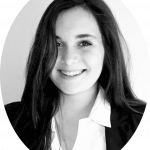 Isabella O'Keefe holds a Master’s degree from the University of Cambridge in Political Sociology, and a Bachelor’s from the University of Georgia in International Affairs, with certificates in Global and Security studies. In addition, she also spent time studying at University of Oxford during her undergraduate degree where she focused on International Relations and Conflict Studies. Her academic focus is on conflict resolution and political psychology. Prior to joining DPI as the Development and Funding Officer, Isabella worked in the United States Embassy London’s Political Office, where she assisted the Iran and MENA desks. She also spent time in Leipzig, Germany working with Lecturio GmbH on their non-profit initiative which provides education resources to those in conflict zones. 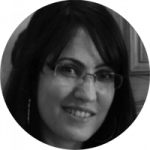 Saniye has been working with DPI since 2011. She is a graduate of Dicle University Law Faculty in Turkey. Between 2000 and 2006 she practiced as a lawyer in the areas of criminal and human rights law in Diyarbakir, Turkey. During this time she also participated in numerous voluntary activities of the Diyarbakir Bar Association, the Contemporary Lawyers Association and the Human Rights Association’s Diyarbakir branch. After completing an LL.M. in Human Rights at Birkbeck College, University of London, in 2007 Saniye worked at the Kurdish Human Rights Project as a Legal Associate until 2011. She is a researcher at the International State Crime Initiative where she was involved in a project titled ‘Civil Society Resistance to State Violence and Corruption-Comparative Study’. She has also contributed to failibelli.org, a website dedicated to monitoring cases opened against perpetrators of crimes committed by state security officers in Turkey. 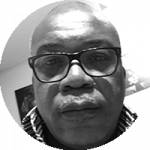 Akinola Williams joined DPI in March 2019 as the Operations Manager with 20 years law, training, recruitment and management experience. He has worked in legal private practice and the Nigerian Ministry of Justice as well as RG World (Also trading as Rail Gourmet UK Ltd)