On 26 November, DPI held its second online comparative study event on the Northern Ireland experience. This planned event focused on important aspects of the Northern Irish experience such as the role of media, youth engagement and religious leaders in conflict resolution. Participants heard from key actors with first-hand experience in working for peace and reconciliation on the island of Ireland.  Speakers included, Dermot Ahern, former Minister of Foreign Affairs from the Republic of Ireland, who gave his reflection about living near the border with Northern Ireland, his involvement in the peace process and the difficulties faced during peace talks.  The meeting also brought two former journalists, Andy Pollak and Deric Henderson, who spoke about their own experiences of reporting the Troubles. Participants later engaged with Dr Martin McMullan and Sean Madden from Youth Action Northern Ireland, on the topic of youth engagement in the Northern Irish peace process. The last session examined the role of religious leaders in peace and reconciliation in Northern Ireland, with Bishop Trevor Williams as speaker. Throughout the course of the event, the speakers and participants discussed the challenges of keeping dialogue alive during difficult times. This activity brought together a mixed group of participants with diverse political affiliations and coming from a variety of professional backgrounds, including journalists, academics, business people and members of civil society. The online comparative study event forms part of a larger series of activities planned in the context of the project: “Supporting inclusive dialogue at a challenging time in Turkey”, supported by the EU, the Norwegian and Irish government. 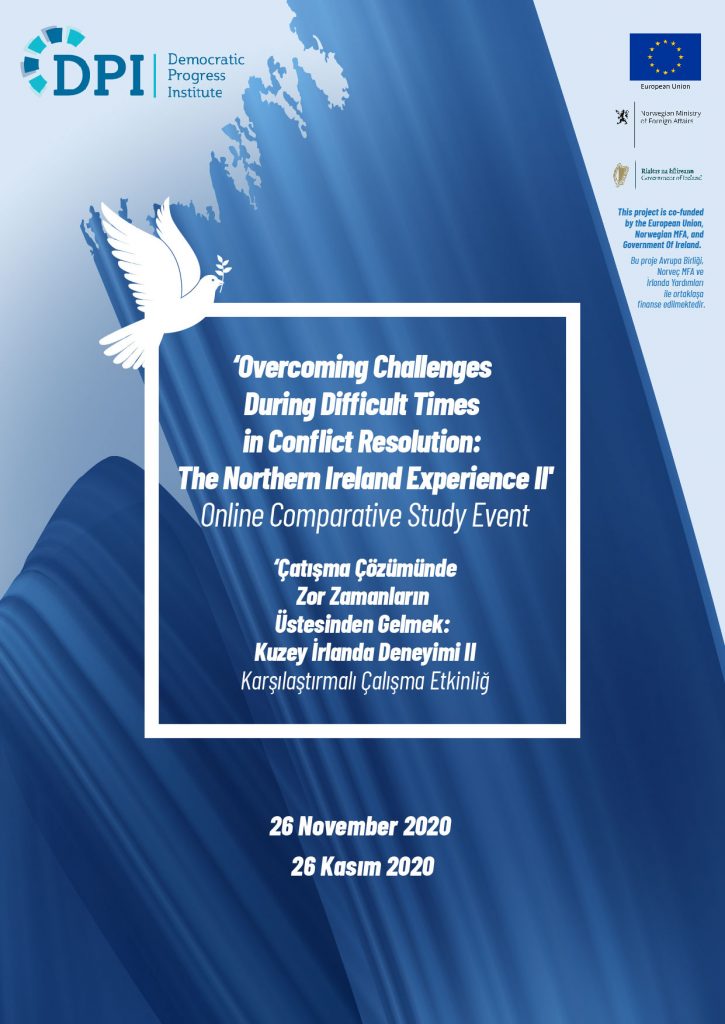