DPI Board Member, David Petrasek’s article on the question of impunity in relation to the International Criminal Court Article is published in Open Democracy this month. For further information on this article see: https://opendemocracy.net/openglobalrights/david-petrasek/icc-%E2%80%93-breach-in-dyke-or-high-water-mark 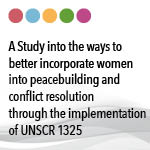 Women are crucial stakeholders in peacebuilding and democratic reform and yet they are too often sidelined because of entrenched gender biases that continues to uphold gendered socio-cultural inequalities. This is despite the united nations security council resolution 1325 which was passed unanimously in the year 2000. As a result, this working paper examines the role resolution 1325 has had in peacebuilding as well as women’s past exclusion from peacebuilding processes in various countries. It further posits some methods available to states to ensure women’s effective and adequate participation within negotiations and constitution drafting, as it is important to work towards women’s increased topical representation within constitutions, parliamentary politics, and within all levels of state. 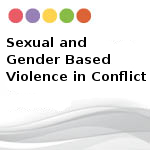 This brief aims to answer key questions relating to sexual and gender based violence in conflict. It also examines key international legal instruments available in this area, and explores mechanisms for their implementation. 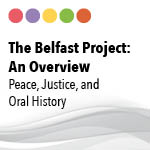 This report provides an overview of the Belfast Project, an oral history project conducted by researchers at Boston College with former combatants from the Northern Ireland Conflict. It discusses the implications that this project has had for peace and justice in Northern Ireland and for similar oral history research elsewhere.