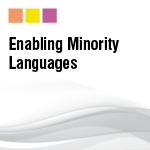 Linguistic minorities and the majorities with whom they co-exist have traditionally been embroiled in conflict. In the last decades of the twentieth-century the European Union opened dialogue with, and offered support to the minorities in the context of an emerging European citizenship and deeper European integration. Although the process of EU integration has faltered, at least in the short term, this paper argues that the placing of minority languages within a comparative framework and a wider context of cultural diversity has become more relevant within a globalising economy, and that the earlier European experience deserves revisiting and may call for some rethinking by majorities and minorities of the way they think of each other.